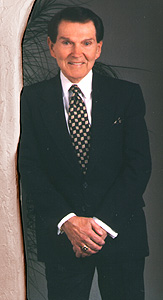 Tim LaHaye is a noted author, pastor, political activist, educator, and nationally recognized speaker on Bible prophecy. LaHaye is the founder and president of Tim LaHaye Ministries and co-founder of the Pre-Trib Research Center. Tim went home to be with the Lord on July 25, 2016 at the age of 91.

The Pre-Trib Research Center was established for the express purpose of exposing ministers to the teachings of good Bible prophecy. LaHaye speaks at many of the major Bible prophecy conferences in the United States and Canada.

For 25 years, LaHaye pastored one of the nation's outstanding churches in San Diego, Calif., which grew to three locations.

It was during this time he also founded two accredited Christian high schools, a school system of 10 Christian schools, Christian Heritage College (now San Diego Christian College), and assisted Dr. Henry Morris in the founding of the Institute for Creation Research, the nation's foremost exponent of creationist materials.

LaHaye has written more than 50 non-fiction books on a wide range of subjects such as: family life, temperaments, sexual adjustment, Bible prophecy, the will of God, Jesus Christ, and secular humanism with over 13 million in print, some of which have been translated into thirty-two foreign languages. His writings are best noted for their easy-to-understand and scripturally based application of biblical principles that assist in facing and handling the challenges of life. He designed the LaHaye Temperament Analysis that has been used by over 30,000 people; many have found it to be a life-changing tool for self-improvement.

His fiction series, co-authored with Jerry Jenkins, is the all-time best-selling Christian fiction series. With twelve titles in the series - Left Behind, Tribulation Force, Nicolae, Soul Harvest, Apollyon, Assassins, The Indwelling, The Mark, Desecration, The Remnant, Armageddon, and The Glorious Appearing.

The Left Behind Series and Left Behind: The Kids Series are the fastest-selling Christian fiction series with more than 60 million sold. Based on the Bible’s Book of Revelation, the apocalyptic thrillers follow the lives of those left behind after the sudden disappearance of millions of believers.

Armageddon is the eleventh book in the continuing drama of those left behind at the Rapture. The first ten, with sales of more than 55 million copies, comprise the fastest-selling adult fiction series ever. The previous four titles debuted at number one on the New York Times best-seller list as well as those of USA Today, The Wall Street Journal, and Publishers Weekly.

LaHaye holds a Doctor of Ministry degree from Western Theological Seminary and the Doctor of Literature degree from Liberty University.

LaHaye and his wife Beverly, who is chairman of the board and founder of Concerned Women for America, have been married for over 50 years. They have four grown children and nine grandchildren. Snow skiing, water skiing, motorcycling, golfing, vacationing with family, and jogging are among his leisure activities.